This morning I decided to build a little WPF dialog window that would show the visual tree of some UI, and provide visual indicators over that UI when you select one of its elements.  This was just a fun exercise.  If you want to have a serious element tree viewer, then be sure to use Snoop instead.  This quick post just shows the result of my morning fun. 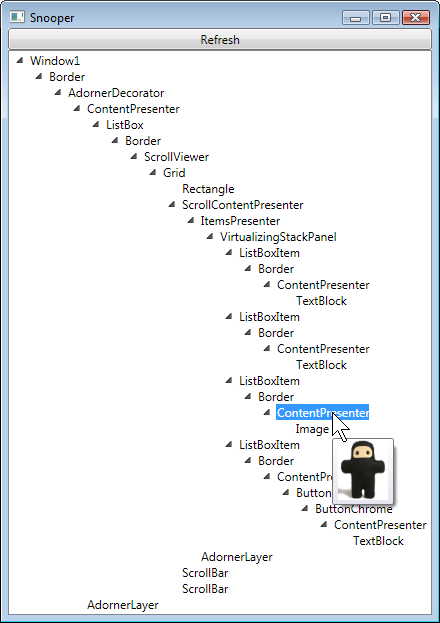 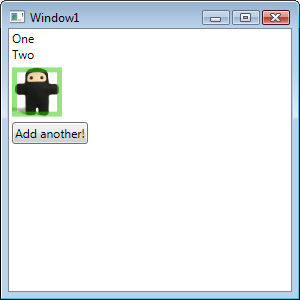 The “Snooper” dialog window contains a TreeView that renders the visual tree of the other UI.  That TreeView is declared as: 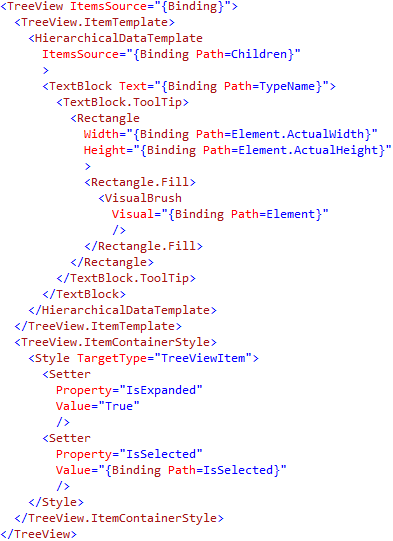 It is bound to a hierarchy of VisualElement objects.  VisualElement is a class that I made to represent an element and its child elements.  The important part of that class is seen below: 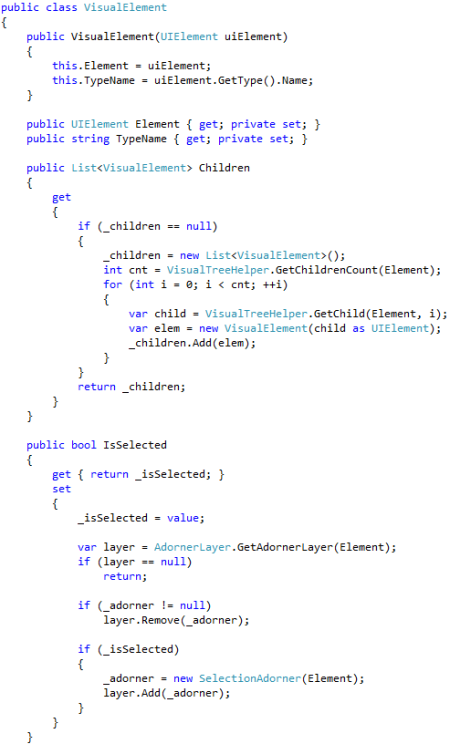 Notice that when a VisualElement is selected, it puts a SelectionAdorner into the adorner layer of its associated UIElement.  SelectionAdorner is a class I made that just renders a rectangle around some element.  It is seen below: 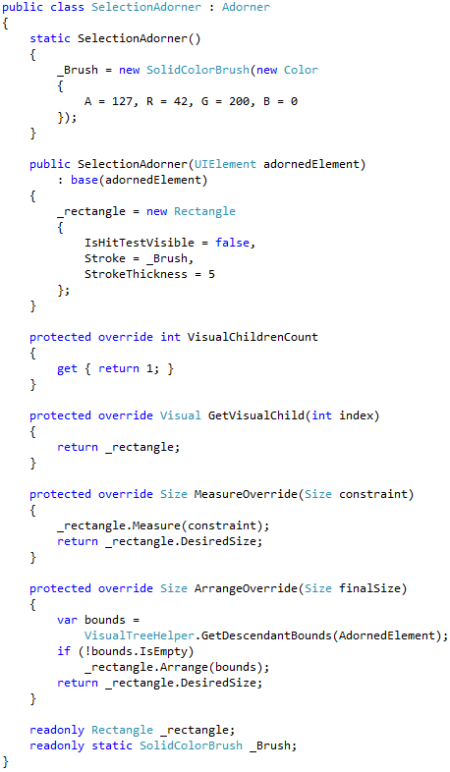 You can download the demo project here.  NOTE: Be sure to change the file extension from .DOC to .ZIP and then decompress.  WPF is fun!

This entry was posted on Wednesday, September 30th, 2009 at 10:14 am and is filed under Debugging, Praxis. You can follow any responses to this entry through the RSS 2.0 feed. Both comments and pings are currently closed.